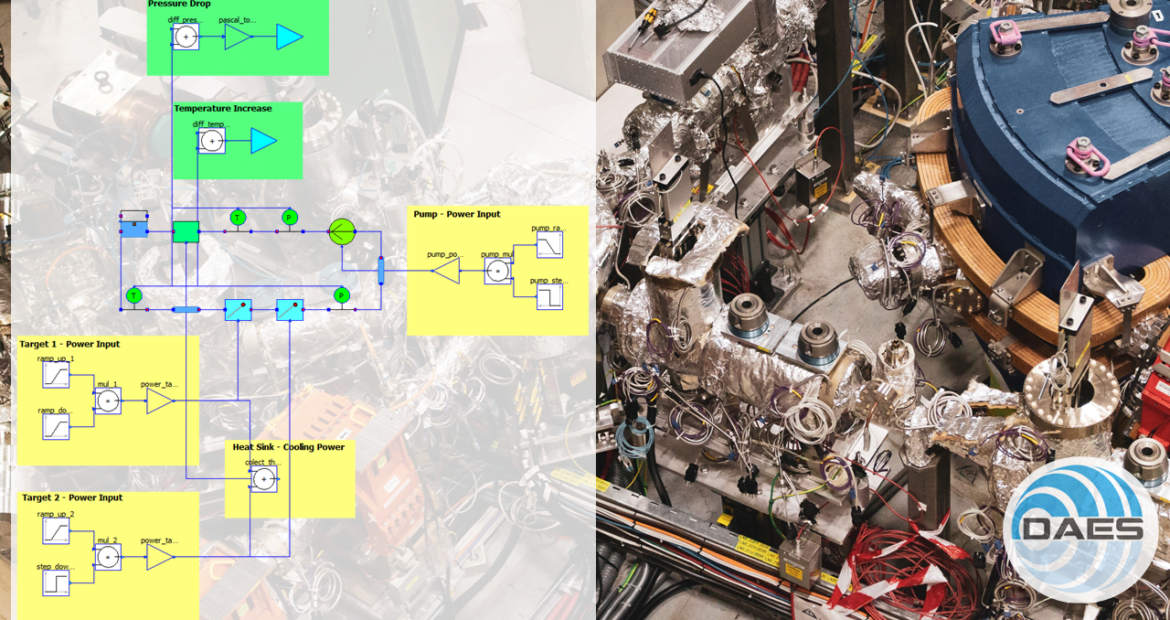 System modelling breaks down a “complex system” like a solar power plant into “simple units” like pipes and heat exchangers, and links them together in order to emulate their interactions. We can integrate specific modelling tools in the description of each unit, such as a full CFD simulation of a complex component, and even real-life data coming from an operating plant or test-bench. This high level of interoperability has made possible the development of digital twins.

In this example, we use OpenModelica to model the cooling system for two proton targets, test operating scenarios, and dimension the heat exchanger cooling power.

The system consists of a centrifugal pump, a heat exchanger, piping with friction losses, and two proton targets whose characteristics (pressure drop, thermal efficiency) have been obtained from 3D CFD simulations. These circuits are encountered in particle accelerators where they are used to generate particles, in ADS systems, or in biomedical applications to produce radioisotopes. 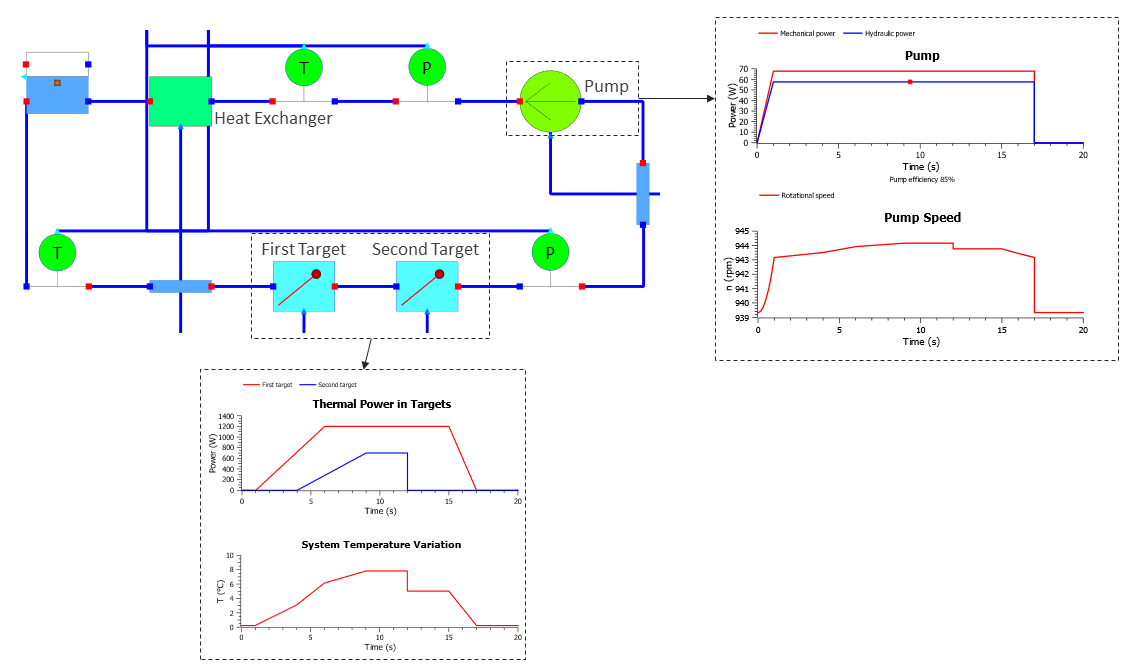 The simulated scenario includes the successive ramp-up of the pump and the two targets, the targets switching off, and an abrupt pump interruption. We ran two cases:

What is interesting in these scenarios is that the model is only “simple” in the sense that it can be set from a suite of units. It can generate complex behaviors, for instance water hammers or the increase of enthalpy due to the pump work.

In summary, such analysis allows to dimension and run tests on systems, check operational scenarios and estimate operating parameters from actual data. Such models can be coupled with experimental test benches, already operating systems, and other simulation tools such as ANSYS Fluent or Mechanical.